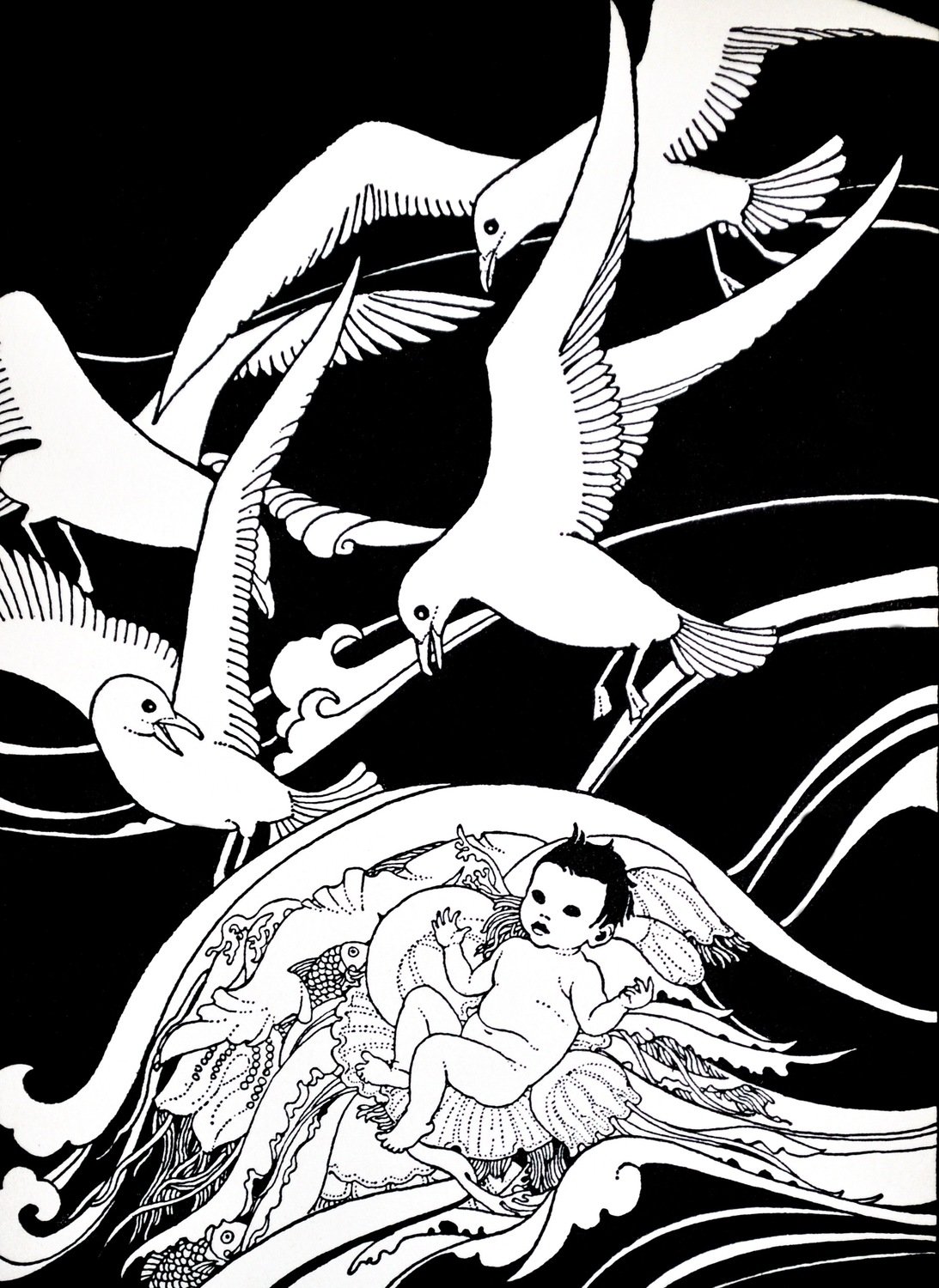 The Long Bright Land (1929) is a work from the New Zealand teacher, author and educationalist, Edith Howes. It is one of many books she wrote for children and seeks to contribute to the preservation of Maori history.

Foreword - shown below - provides some background to the work and its raison d'être.
Centuries before Columbus braved the Atlantic Ocean and discovered America those
intrepid navigators, the Maoris, in their tree-hollowed, compass-less canoes, voyaged
and re-voyaged the Pacific, compared with which the Atlantic is but a narrow sea.
From their tropic shores (perhaps India or a Pacific continent since sunken) they
migrated to tropic islands. Still farther they voyaged, sailing so far south that they
came in sight of ice fields, "a land white like fat"; on their way back they discovered
Ao-tea-roa, "the Long Bright land", which the later Dutch explorer, Abel Tasman,
called New Zealand.

In successive migrations, about the fourteenth century, several tribes sought these
lovely islands of the New Zealand group and remained. They brought with them and
established here their stone-age culture, their priests, their traditions from the older
lands.

When the first white pioneers and missionaries came a hundred years ago, they found
a savage but magnificent race, still in the stone age but possessed of Halls of Learning
in which their youths were taught. Here their age-long genealogies were handed
down, to be stored in trained and unerring memories. Here were kept alive those
far-off recollections of the great voyages and of that loved and long-lost motherland
which had given their viking ancestors birth - that Hawa-iki to which there was now
no return in life, since the route had somehow been forgotten, but to which, after
death, sighing spirits took their flight from the northernmost point of the Long Bright
Land.

Here, too, were preserved the mysteries and the annals of their religion: magic,
speculations into Nothingness and Darkness and Beginning and the making of the
world, tales and attributes of their gods and half-gods - a complicated and highly
poetic mythology, enriched with poems and prayers, songs and proverbs, folk lore
and fairies.