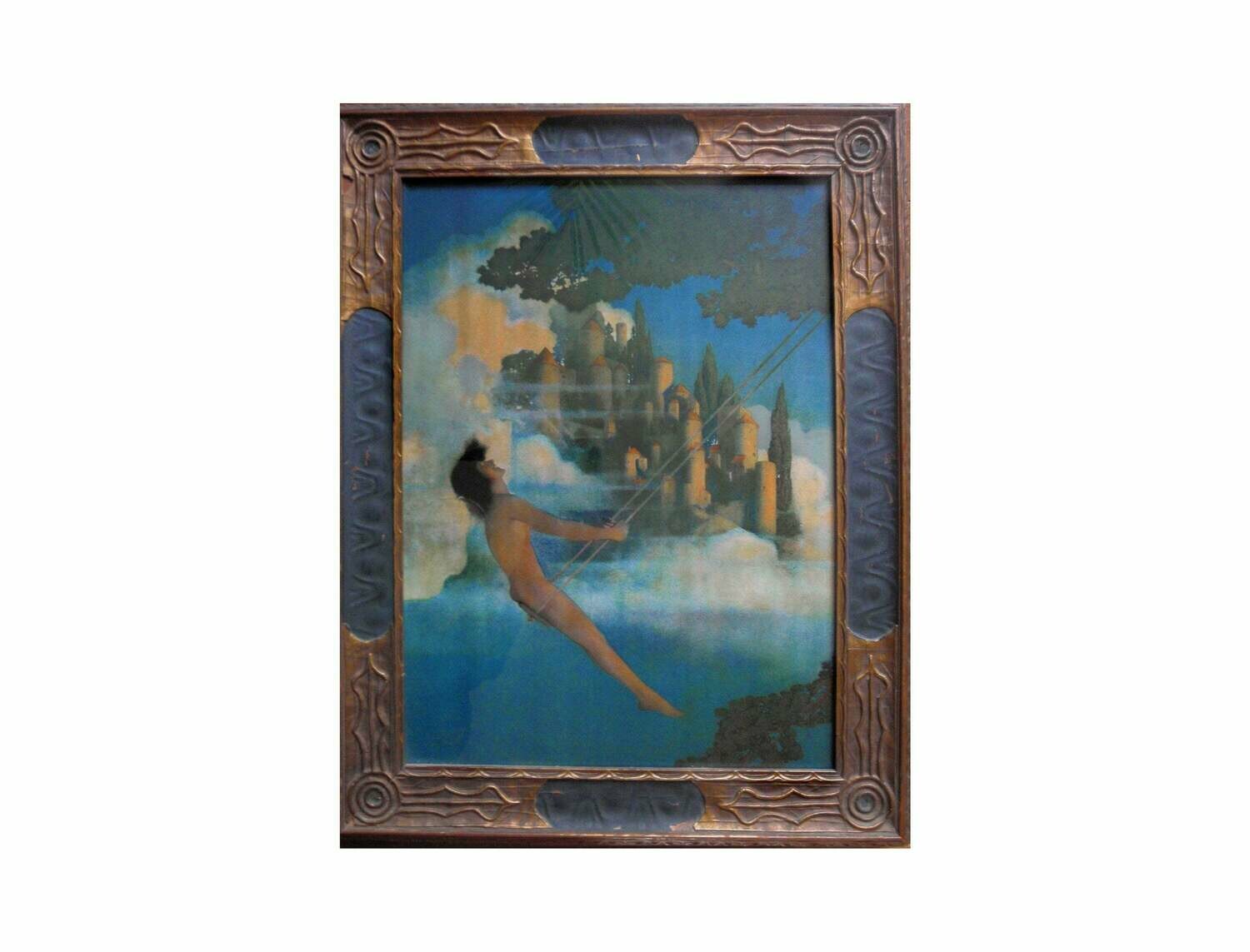 A stunning Maxfield Parrish art deco framed Dinky Bird collotype in spectacular, original 1920's gesso and gilt frame. A true beauty for the discerning collector of fine art and art deco. The last photo shows is pair which is in a separate listing and NOT included with this listing - https://www.etsy.com/ca/listing/734229520/1920s-maxfield-parrish-air-castles-in After much research and straining my eyes, I believe this is a lithograph / collotype and does not have dot matrix associated with regular printing. [http://www.metropostcard.com/tech2-collotype.html] If you have other information please do let me know. More vintage and antique Paintings and Illustrations - see bio of Parrish below