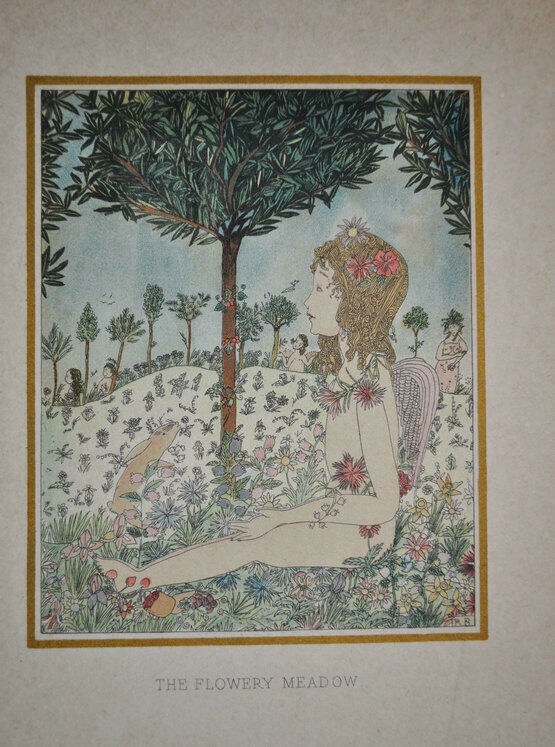 Pamela Bianco's career as an artist began at the age of twelve when her first exhibition at Leicester Galleries, London, brought the child prodigy to international recognition. Following the show, Walter de la Mare composed a series of poems entitled Flora to accompany a suite of her drawings. The immediate success of Bianco's first American exhibition, arranged by Mitchell Kennedy in 1922 at Anderson Galleries, prompted her to move to New York with her parents. She printed her first lithographs with George Miller in 1922, and was a member of the Studio Club from 1924-1928.

CONDITION: Paper aged and stained at edges. Pages rough-cut paper. The spin is only partially intact. Some pages loose. Images are not affected.

Her early exhibitions in the U.S. included Los Angeles and San Francisco in 1922; Boston and Chicago in 1923; and in New York Kennedy Galleries in 1924, Rehn Galleries in 1928, and Firargid Galleries in 1937. Her rich, boldly graphic images of flowers and still life subjects continued to bring her popular acclaim. In 1930, Bianco was awarded a Guggenheim Fellowship and spent a year in Florence and Rome during which she wrote Starlit Journey