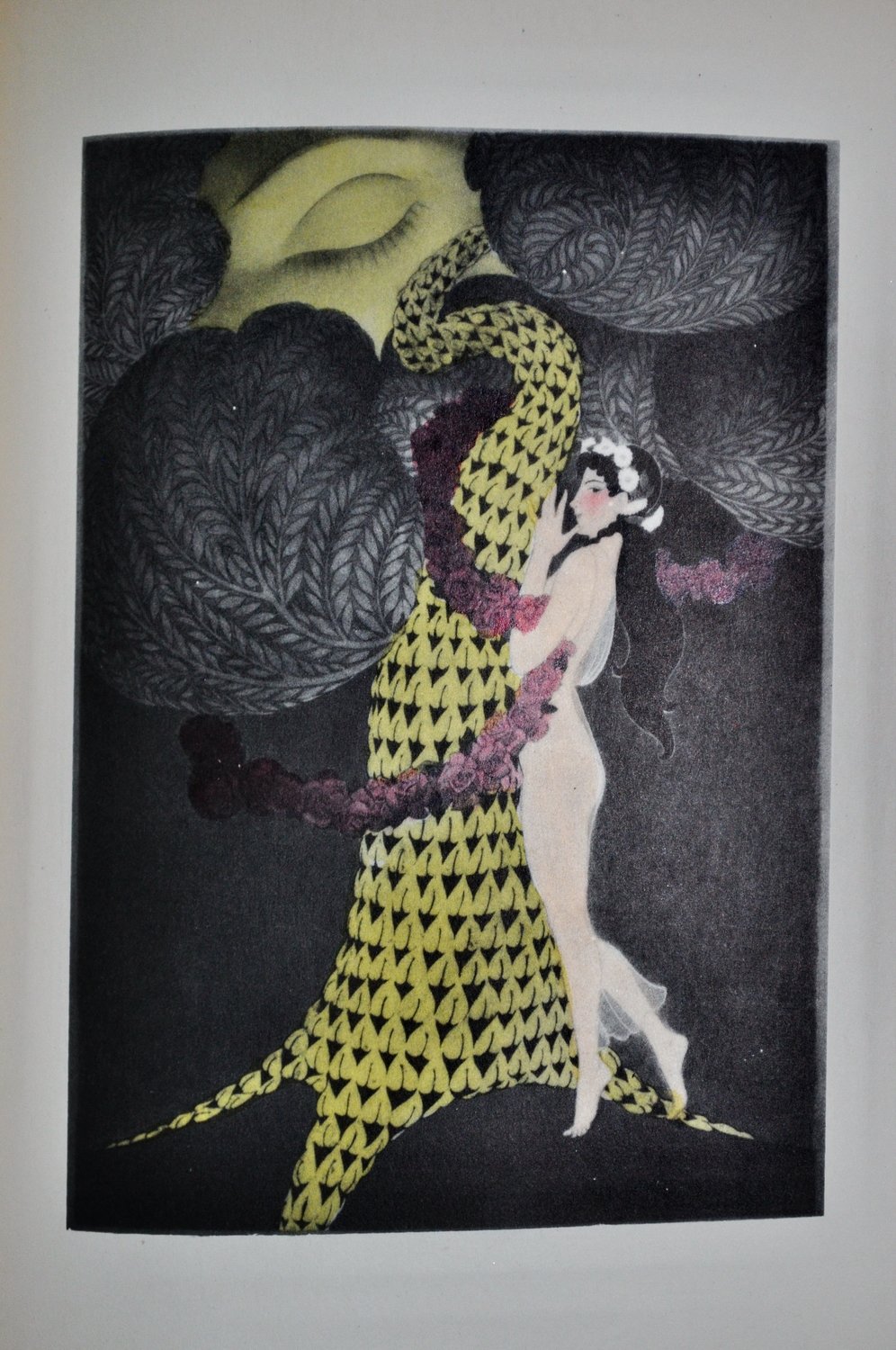 The poems are in the manner of Sappho; the collection's introduction claims they were found on the walls of a tomb in Cyprus, written by a woman of Ancient Greece called Bilitis, a courtesan and contemporary of Sappho to whose life Louÿs dedicated a small section of the book. The poems are a blend of mellow sensuality and polished style. On publication, the volume deceived even the most expert of scholars. Though the poems were actually clever fabrications, authored by Louÿs himself.

CONDITION: Book itself is tight. No stains on the cloth cover. The pasted on frontispiece is in tact. The pasted on label on the spin has broken off but on the inside cover and can be put back together. The art of Franz Felix is intact with original unfaded colors etc.